Christianity is Not a Middle Class Religion

In the last twenty years or so, certainly in the UK, there has been a very downplayed but certainly very firm and purposeful disengaging politically, socially and economically from the majority working class, in the broadest sense of that term. The major political parties and the establishment, with the help of the mainstream media, have not only abandoned ordinary people, they have made them scapegoats for the economic downturn sparked off by the ‘banking crisis’ of 2008. The British Conservative government have also imposed austerity on the poorest people, whilst the wealthy, big businesses and global corporations enjoy huge tax breaks and the ‘offshoring’ of money in any number of tax havens around the world. From what I’ve heard, and from what I can see in the media, America, Australia, New Zealand and Canada are also suffering similarly, too. 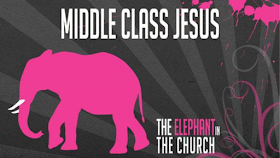 What is particularly noticeable, is that as the very wealthiest are getting wealthier and a relatively small subsection of the middle class, millions of people are struggling economically, even many in work, and the present government are cutting all kinds of funding for school meals, the NHS, wages for ordinary people are stagnant, housing is impossible to buy for many people on low wages, education is being priced out of the realms of many people, and there is a maliciousness towards the (white?) working class majority coming from a number of quarters, which is unfair and in some cases downright vile.


Now, there will be Christians, and no doubt non-Christians, who will say perhaps not without reason ‘surely this is political, should a Christian be involving themselves in such things?’  I would answer that I am not involving myself politically in anything, I am merely commenting on a number of social issues I see around me and in the nation at large.  I also see the greed of wealthy people and the middle class people who prop them up via institutions like the media, law, academia and others as MORAL ISSUES. When the wealthy decide to get wealthy at the great cost of the poor and working class, there is something particularly unjust, even amoral, about it.


‘13 The Lord stands up to [j]plead,
And stands to judge the people.
14 The Lord will enter into judgment
With the elders of His people
And His princes:
“For you have [k]eaten up the vineyard;
The plunder of the poor is in your houses.
15 What do you mean by crushing My people
And grinding the faces of the poor?”
Says the Lord God of hosts.’ (Isaiah 3:13-15)


Now, what about this middle class church? Well, as the media, politics, law, charities and virtually every other institution and organisation has politely, carefully but very firmly pushed ordinary working class people out of them, I would say that the organised Church has done pretty much exactly the same, particularly the Church of England. Almost by default, we have at the moment a society that demeans the majority of us, that lionises the very wealthiest and makes the middle class the arbiters of good taste, respectability and those who are acceptable. And the rest of us? Well, we are either ignored, dismissed or downright attacked maliciously for being responsible for our own poverty, blamed as racists or fascists at the most extreme, or just seen as somehow surplus to requirements. Hardly a very Christian thing, is it? I do not see organised churches making any comment about this, in fact they seem more busy being ‘PC’ or incorporating worldly ideas into their belief system. There is more than a tendency in organised Christianity in the UK that unfortunately sees being middle class and perceived high social status as synonymous with being a Christian. I think this may have its roots in the Victorian era, that era of fake respectability, double standards and hypocrisy. I see a return to those times again, a time of fake respectability, double standards and hypocrisy... and all for what? For power, influence, political gain and money. Nothing changes.


Let me say this, quite clearly: CHRISTIANITY IS NOT A MIDDLE CLASS RELIGION!!! When everything else seems to belong to the wealthy and some of the middle class, faith in Jesus Christ doesn’t. Organised religion, perhaps even organised Christianity may have simply become another part of the social system, nice and cosy, challenging nothing, accepting everything worldly and staying quiet about social injustice and the growth in economic divisions, but Jesus IS NOT A PART OF THAT AT ALL. Religion is not relationship, and no matter how many wealthy and powerful people wish to use religion for their own selfish ends, God deeply frowns on them. Let me say quietly and politely, that there will be a price to pay for greed and selfishness, particularly when the accumulation of wealth for some creates poverty for many others, and that that poverty and hardship is justified through the media, governments and even organised churches.


I don’t particularly feel that churches of any kind need to become working class, whatever that would actually amount to anyway (rather posh out-of-touch middle England vicars talking about Ed Sheeran or rapping like Snoop Dogg??!) but all churches need to reach out into the community they are in, and focus on Jesus Christ and not worldly things or the current layers of worldly injustices justifying poverty for many and the growing wealth of a relative few. For many people at the moment, and this includes many Christians, society resembles ancient Egypt ...??!! Yes, you heard right. Bear with me. Ancient Egypt was a highly complex, well organised and well administrated society with a sophisticated social structure. Yet, for all that, it basically revolved around making the pharaoh and his family very wealthy, which was partly kept in check by the powerful priestly class. There was no absolute outright poverty to my knowledge in ancient Egypt but ultimately their gods were false and the pharaoh laboured for most of his life to fill a pyramid with often stolen wealth. In the end, utterly pointless, futile, selfish and blatantly narcissistic. Without checks and balances, capitalism descends into the same nonsense, a handful of very wealthy individuals hoarding vast amounts of wealth, whilst millions need food or work or help to get on in life, and that hoarding often doesn’t even bring real meaning or peace to people who already have wealth, only a fleeting sense of triumphalism and perhaps superiority and smugness. But happiness? That  seems to elude the very wealthiest, as it does many other people.


Moses’ cry of ‘let my people go!’ could be levelled at Western governments today, who create drudgery and enforced poverty for many people, and in some cases persecute disabled people and withhold welfare benefits from people who desperately need them, and as growing numbers of people are becoming Christians, particularly amongst the poor and working class, the governments of the day, as in Jesus’ times, are persecuting people who are God’s people. Now, I know that anyone with wealth and power and perchance someone from the government reading this will either laugh in disbelief, ignore without a second thought or dismiss as ranting nonsense all of the above, but God has a way of tackling wilful and malicious injustice and sometimes it can come from the most surprising quarters. Heed my words.


I’ve read and heard a few things about a great apostasy during the end times which means a great falling away from the church. Now, like most people interested in the ‘end times’ before Jesus returns, I’ve wondered what this great ‘falling away’ from the church might mean. I suppose we could ask which church, too. As a Christian of longstanding, I believe that there is a difference between the church most people think is the church, and what God considers the true church. For instance, there is the organised church, or churches, like the Church of England and the Catholic Church, and of course there are various other established organised denominations, which are supposed to pass for God’s ‘church’ on earth, but I’m convinced not one of them is. Then you have many the autonomous churches, which may come under looser connections like the Elim and Grapevine and other churches, some which may be ‘Charismatic’ or ‘Pentecostal’ and other things, but generally I’ve found such churches quite welcoming, open and not too fussy or snobby about who you are. Then many people get confused with the term church, thinking it means the building, rather than the people.


I believe the true church of Jesus Christ are merely the people all over the world, and throughout history, faced by many troubles and persecution, who have stayed true to the Gospel and their calling as Christians, despite and in spite of what persecutions, troubles, hardships and societal trends and passing beliefs have come. 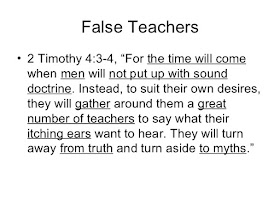